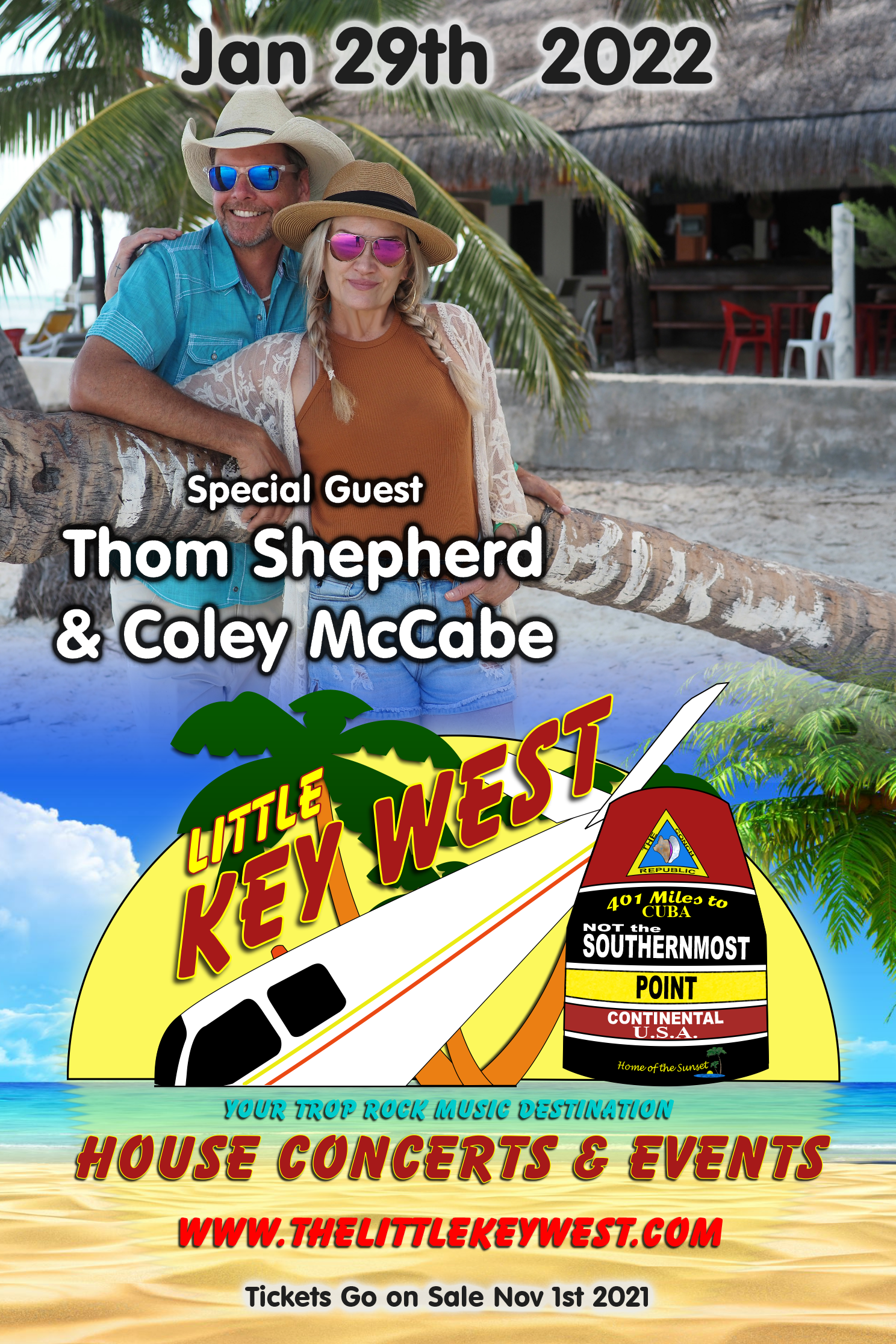 CMA of Texas Songwriter of the Year Thom Shepherd spends most of his time traveling across the country, telling stories, and captivating audiences with his wife, artist Coley McCabe Shepherd. They are the current 2019 Duo of the Year for the People’s Choice Awards and for the Trop Rock Music Association (TRMA)

A veteran of Nashville’s Music Row, he is the writer of five #1 singles including “Redneck Yacht Club,” recorded by Craig Morgan, “Riding with Private Malone” recorded by David Ball, and three Texas music number ones. In total Thom has written over 10 radio singles, two Grammy nominated songs, and has had over 100 songs recorded by other artists.

The I AM A WOMAN singer is also a platinum-selling songwriter, Coley has played the Grand Ole Opry stage 6 times, has had several songs placed in feature films, co-starred in the romantic comedy Alabama Love Story, is a former RCA recording artist, had one of her songs recorded by the legendary Loretta Lynn, currently tours with her husband as the duo THOM & COLEY taking the audience on an emotional rollercoaster with their songs, storytelling, and onstage chemistry.