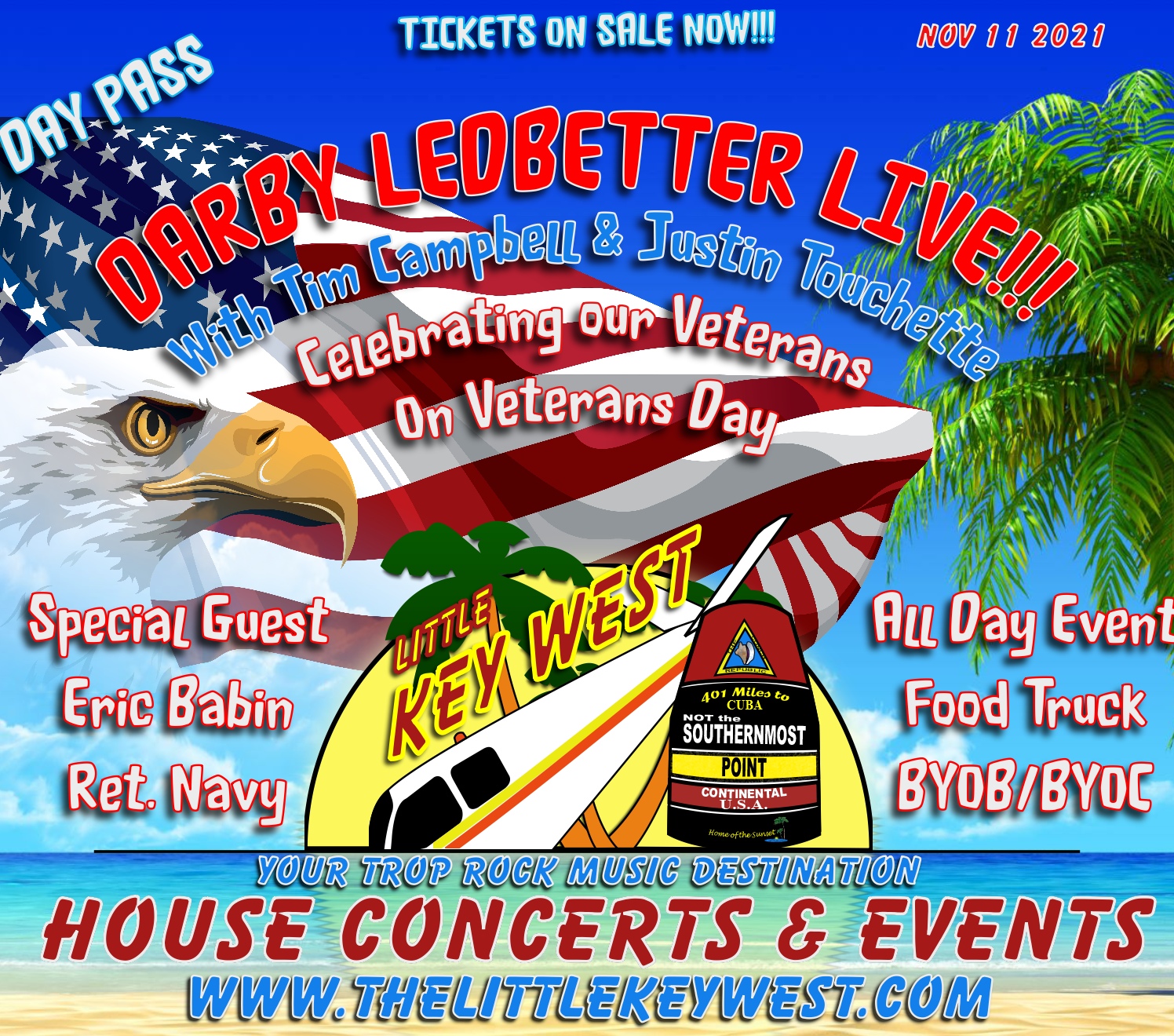 EXCLUSIVE SHOW you won’t see anywhere else. A full day of Music with National Recording Artist Darby Ledbetter famous for his Song “Soldier UP” along with his NEW Hit “Parrotheads in Paradise” and so many others.

Darby is an Emmy Award Winning Singer, Songwriter and Retired Army Veteran. He’s entertained audiences all over the world.

Darby believes his experiences in the military and service to his country has made him a better songwriter and a more passionate performer.

Darby is a highly versatile entertainer that will bring excitement to any event. His unique brand of country  soul provides a down to earth story delivered in both song and performance.

Tim Campbell is the lead singer for “The Tropical Attitudes Band” and plays acoustic guitar.  Born and raised in Virginia he embraces the Margaritaville lifestyle and loves to perform trop rock music every chance he gets.  A singer/songwriter, his songs “Landshark “,  “Salt” and “Saltwater Playground” are currently playing on several trop rock radio stations. Listen to Tim singing “Something to do with a Beer”

Justin Touchette served in the Military from 1999 until 2014. Justin is a natural at singing and song writing and has performed all over the east coast and beyond. His amazing music has touched so many peoples lives through his writing and past experiences expressed in music. Listen to Justin singing his hit “Broken Hearted Fool” here

Special Guest will be Eric Babin, retired Navy officer and current owner of one of the best Trop Rock Radio Stations on the planet; Radio Trop Rock. Eric always opens his days on the radio with the Star Spangled Banner and supports all Military current and veterans.

A food truck will be onsite with awesome food and non-alcoholic beverages.